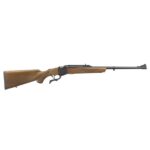 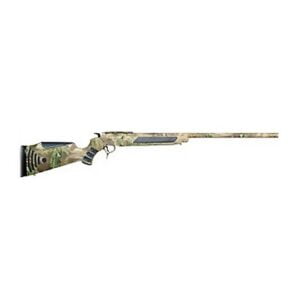 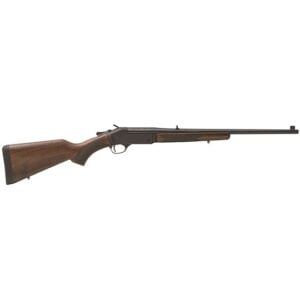 Ruger’s No 1 rifle features a strong, simple, compact falling-block breech mechanism with artillery-style breechblock and under-lever. The sliding tang safety provides instant security, and the receiver forms a rigid support for the barrel, stock and breech block. The Ruger scope mounting system with quarter-rib internal scope base is included. This Sporter model features an American walnut stock and a carbon steel receiver and barrel.

The Ruger No.1 was introduced in 1967 and its single-shot design, with a falling-block action. It gives a very strong lock-up not dissimilar to the old English Farquharson rifle.

Bill Ruger was a visionary industrial designer and a visionary firearms designer. For example, he saw the potential in the Japanese Nambu pistol that most reviewers created his classic Ruger Standard.

Ruger No.1 Tropical rifles are available as light Sporters, varmints, or tropical gun configurations, but this medium Sporter version with open sights and barrel band is perfect as it stops that recoil cutting your hand if the sling was placed on the fore-end as on  a normal rifle. The Ruger’s No.1 barrel is 24in long, and the barrel diameter is 0.674in at the muzzle and not threaded.